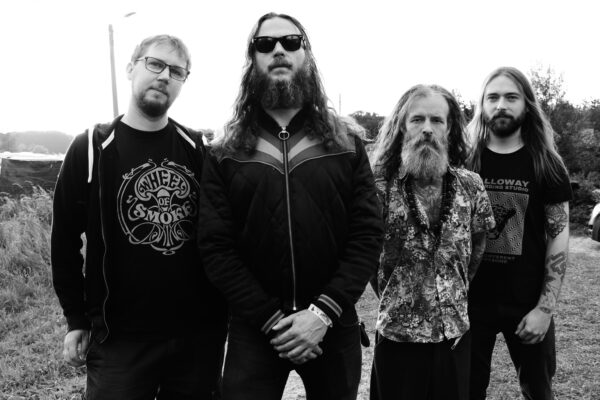 No longer the best kept secret in dutch rock, Amsterdam’s space-rock band has steadily been blowing minds across Europe since 2018 with their hard hitting yet elegant longform jams, building up an enormous reputation as a live band that always delivers and never repeats itself. Having debuted, appropriately, with a live album, 2019’s “Live at Merleyn” on their own Right On Mountain records, in 2021 the band put out the half-live/half-studio double album “Fang Temple” to considerable acclaim leading to the band being picked up with legendary purveyors of adventurous rock, German label Stickman records, home of Motorpsycho, Elder and the like. After the plague the band hit the European festival circuit hard, going from Holland’s own Roadburn festival to Germany’s Desertfest Berlin and Freak Valley, all the way to Sonic Blast in Portugal, leaving heads spinning and hearts filled with guitars.