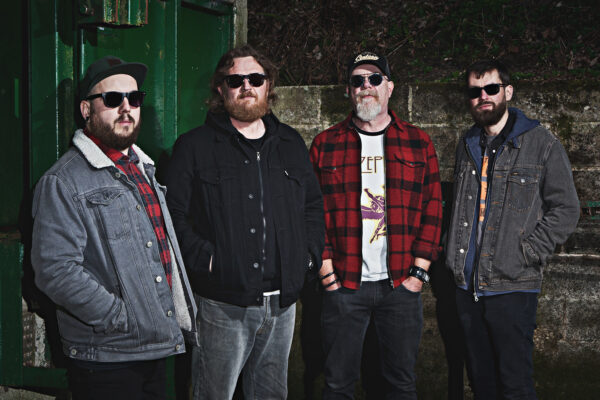 Psychlona was born in Bradford, England during the summer of 2016, emerging from the ashes of various bands from the area. The sound quickly found its natural path taking influences from all things punk rock, the California desert rock scene, 60s/70s hard rock and psychedelia, and pretty much everything else in between. Fast forward to August 2020, and with an acclaimed debut album [Mojo Rising – 2018] already under their belts, the sophomore album Venus Skytrip (Ripple Music/Cursed Tongue Records) was unleashed to rave reviews across the board, landing straight in at number one on the Doom Charts and ranking highly on numerous end-of-year lists from notable publications, including number two on the Doom Charts 2020 list, behind only Lowrider. Vinyl copies of the album sold out during the pre-order phase and is currently on its third pressing through Blues Funeral Recordings. Psychlona signed with Psycho Waxx – the in-house label from Psycho Las Vegas – in 2021, and third album Palo Verde became the first non-compilation release on the emergent label in August 2022. The new album has received critical acclaim, including the band’s second 10/10 review in Powerplay Magazine.

Psychlona has already been lucky enough to appear at festivals such as Psycho Las Vegas (US), Desertfest London, Freak Valley Festival (DE), SonicBlast Fest (PT), Esbjerg Fuzztival (Denmark), HRH Doom v Stoner (UK) & Hammerfest (UK). The band recently toured the US West in support of Church Of The Cosmic Skull and also played main support to High On Fire in San Diego the previous year. Other tour dates have included Belgium, Germany, Denmark, Netherlands and the UK. The band is already confirmed to play the next Alcatraz Festival (BE) [to be announced] and plans are in motion for further US & European tour dates in 2023.