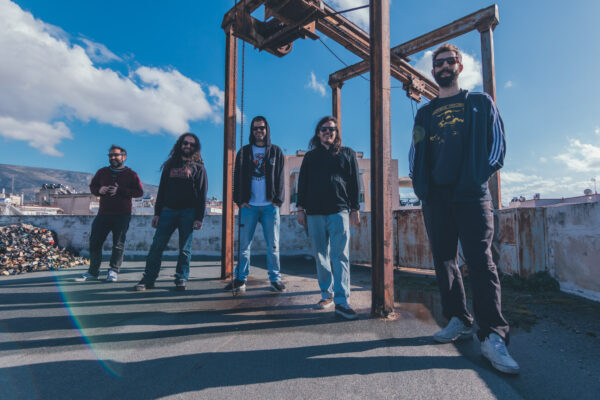 Half Gramme of Soma

Quality heavy rock material generating from Athens, Greece comes as no surprise these days, as more and more excellent bands from the specific genre, emerge from the Birthplace of Democracy. Half Gramme of Soma are no exception to this rule and their forthcoming endeavour, the third full length album „Slip Through The Cracks“ goes to prove this hypothesis.

Having grabbed the attention of the local scene afficionados with their primitive creation, the self-titled debut released in 2013, the quintet put significant effort in improving upon theirselves, resulting in the amazing -to say the least- sophomore masterpiece „Groove Is Black“ that took the Greek scene by storm, thus leading to successful European tours and unavoidable praise from the worldwide music press. 90’s-fueled, orgasmically monolithic and with a deep psychedelic soul, the sound of Half Gramme Of Soma is groovy and trippy at the same time, based solely on successful teamwork rather than meaningless individual show-offs.

„Slip Through The Cracks“ raises the bar even more, with memorable riffs, genuine heaviness, an increased use of 90’s influences, powerful driven vocals and a tight rhythm section that never ceases to impress with its precision and effectiveness. Half Gramme of Soma are once again not aiming for commercial success or innovations, but they really revolutionize the modern approach to classic ingredients, creating an addictive yet effortless magma of straightforward heavy rock music and unpretentious punkery!