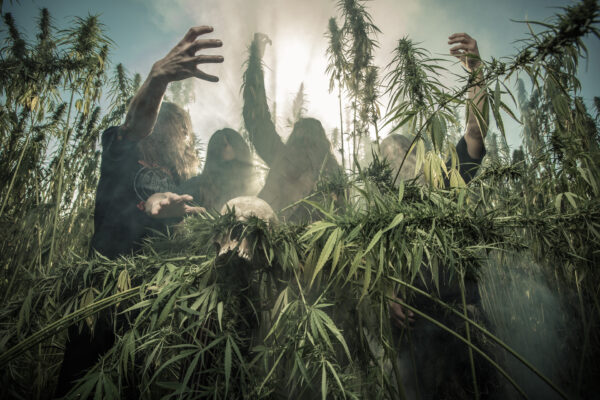 You would think, that Belzebong was forged in lava-filled bowels of hell, but you would be mistaken, it was actually Poland. Started off in 2008, since then bringing tons of evil weedian riffage under the sign of the Goat. The band drowns themselves in a sea of distortion, fuzz and enough bottom-end to cure the worst case of constipation – in other words this music will make you shit.

Their album „Sonic Scapes & Weedy Grooves“ released on Emetic records was a wicked trip down the hazy and introspective fuzziness associated with a massive blast to the lungs. Followed by “Dungeon Vultures“ 12″ EP on Instant Classic label (re-released by Emetic records), brought yet another dimension of acid-heavy trip through the smoky dungeons. Latest album entitled “Greenferno” (again on Emetic Records) sounds akin to a giant walking the earth, simply moving things aside without noticing.

Headbonging and smokediving they traveled through the vast majority of Europe, visited US and South America as well. True evil blues this band has summoned, and you the listener, shall reap their rewards, as the new album is coming!